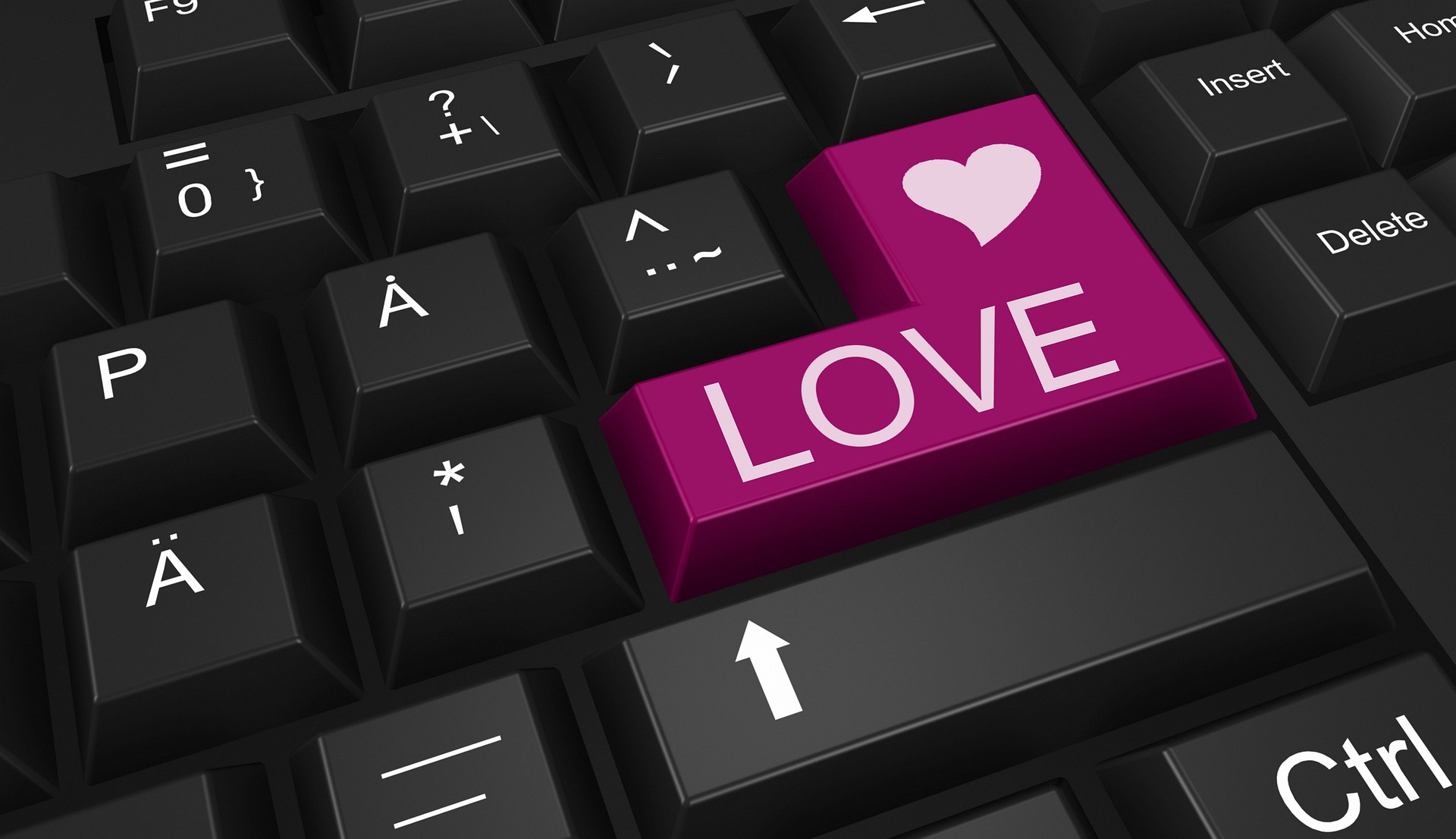 To be honest. I never had any meaningful success with Tinder in the Czech Republic. That is why I was surprised to secure a real-life date last month with a match from Tinder. So surprised, I had to write this blog post to share my experience with you.

But before jumping into the storyline, let me first explain, why I didn’t have much success so far.

Contents hide
1 Tinder status in the Czech Republic
2 Why Tinder didn’t work for me in the past
3 Why tinder works for me now (sometimes)
3.1 The looks
3.2 The Fame
3.3 The Money
4 The date with a Cactus girl
4.1 How we matched
4.2 A follow-up text-game
4.3 Logistics are never perfect
4.4 The impression after the first contact
4.5 So what’s your hobby?
4.6 Time to pull her home
5 Date aftermath

Tinder status in the Czech Republic

I created a Tinder profile back in time when it was not so popular. Since then, the online dating market has changed a lot, to the worse.

Czech online dating market is in its core very similar western countries. Girls are open to one night stands and are eager to ride the carousel until they hit the wall. Such is the reality of the Czech hookup culture.

Why Tinder didn’t work for me in the past

For a long time, I could not understand why some friends had regular matches daily, while I got one in a blue moon. Then I learned about the red pill community, which explains why the top 20% of males get 80% of the females.

I didn’t want to accept the truth and was intentionally oblivious to the female hypergamy. Partly because I come from the country, that has one of the lowest divorce rates (18%) in the world.

Girls, there are feminine, hard-working, submissive, and family-oriented. If they misbehave or deviate from the norm, like get fat or date around. The family, the peers, and society will fat shame and outcast them out of the social circle.

Such is the harsh life of a Vietnamese girl. But rarely any of them complains about their life ruined by old school patriarchal norms. There are of course exceptions. For example when the marriage is arranged from the position of necessity.

I am talking about the more free-spirited girls. Who waited for their prince for too long. Who eventually gave up on their dreams and paid the price by committing to an unhappy marriage.

So now you understand my outlook when I first started with Tinder. I was not naive thinking I will find a wifey material there, but I hoped for a nice girl, that would be a great match.

For years, I spent countless hours swiping right and waited for a match, that never happened. And if it did, the girls were obviously out of shape.

Why tinder works for me now (sometimes)

Then something changed. First, I transformed myself from a 25% body fat lard collector to a 12% body fat calisthenics athlete. I also started to travel more and document my life on social media. I also got much older.

At the age of 33, I became an attractive counterpart for various demographic groups. Single moms looking for a provider. Single careerists in their early 30’s looking for a beta male to settle with. Or fat girls.

The only group, I won’t ever have success with are young fit girls in their prime. For them to be attracted, I lack looks, fame, and money.

The looks are the most important aspects of online dating. If you are not a caucasian tall white male with the above-average look, you won’t get laid, period. Not with the young beauties I mentioned before.

Moreover, I am at a big disadvantage. Because I am a minority, that is not popular among the Czechs. All thanks to my fellow Vietnamese folks, who are working low-level jobs. Even though they are making more money than any regular Czech citizen will ever see.

The Fame is also important and is given by looks, combined with talent and luck. For most average Joes, fame will forever stay in the realm of dreams.

Money is the only factor each one of us can control by dedication, hard work, and persistence. But it plays only a small role.

You can have photos of yourselves enjoying lavish vacations in attractive luxurious destinations. Driving luxurious cars or having bottle service at the most expensive places every night. But the only attention you get is from the gold diggers.

As you can see. Tinder and the dating market in Czech is a lose-lose proposition for an Asian, frugal guy in his thirties. That being said, let’s get into…

The date with a Cactus girl

But first I should tell you how we matched.

I don’t remember exactly how we matched, but I think she gave me a blue star, a super like. She even wrote first. This never happens, ever.

A girl, 28 years old, looking like a nice girl. She had a bitter bio, mentioning that we, men, should be honest and never lie about our appearances. That it’s a waste of time if the reality doesn’t match with pixels on Tinder.

Also that it is better to meet in person soon than to talk endlessly. I took it as a sign she is DTF and probably went through many dates and is looking for more.

There is also a warning in her bio to not be offended when she is being sarcastic. This means she either verbally overcompensates for something. Or she is not a naturally nice person.

Her photos were ambiguous on purpose and it was hard to judge how she looks like in person. Photos taken from weird angles, in a big distance or person-less landscape photos. All pointing to the fact, she is insecure in her looks and probably is not photogenic.

The only photo, that convinced me attracted me was her selfie in a slick blue dress in a bathroom of a James Dean club.

I used that photo as an opener. It is after all my favorite opener, to comment on a bathroom selfie.

The initial test went well. Thanks to her over-sarcastic, try-hard response, it was easy to create the attraction over the phone. I just kept the frame and exaggerated everything she wrote.

After a few texts, I moved convo to WhatsApp and probed for the opportunity to meet. She mentions she never stays in Prague over the weekend.
Great. she is from the countryside, so there is a small chance, that she is not spoiled and might be a kind person. And also she might live in Prague alone or with a roommate and won’t have many friends to hang out with.

She then mentions she is living in Prague with her girlfriend from childhood. I make a joke, that she should introduce me to her friend.

Instead of being offended, she replies with: “Sure, but can I try you first?”. From that moment it was on.

A few days after I got a random message from her when I was in the gym doing a leg workout. I invite her to join me, so we can talk about a sauna. She responds with: “Yeah, so you can see me naked :)”.

But I didn’t care. So we set up a date after my gym session near the Starbucks two stations far from her place.

It was already past nine and streets on Sundays are always empty. I felt a little anxious but excited to see finally a real person from Tinder.

When I got out of the subway, I saw a little girl walking in front of me. The silhouette remotely resembled her figure. I carefully slowed down and let her go out of the subway first, so she gets the impression, that I came late.

Then we called each other and finally made the first contact. I kissed her on her cheeks and quickly changed the topic to where to go next.

She didn’t seem to care, so I lead her to the closest restaurant I know. I went there regularly when I was working as a student nearby.

Her reaction, when she saw me in sweatpants, sweaters and holding a gym bag, was funny. She blurted: “Wow. You didn’t lie. You came from the gym and was in a sauna”. Another signal, that she was pumped and dumped more than it is healthy and was lied and conned by other chads.

In the restaurant, we sat, and to my relief, she only ordered tea. It was cold outside and I didn’t feel drinking alcohol.

She then complained, that men always invite her for a walk or a drink. Instead, she would prefer to go to dinner because she is always hungry. And that she won’t understand why male friends in her life never stay in her orbit.
Weird topics for the first date.
Anyway, she was attracted. She looked at my chest all the time saying that it is great, that I am doing some sports.

So what’s your hobby?

At one moment, the convo died so we started a boring “what’s your hobby” thread. Then she shows me a collection of cactuses, hundreds of them.

I appreciate it when someone is obsessed in a nerd way about something. It shows, that there is more in her life than food, travel, shopping, Instagram, and cats.

Time to pull her home

After two hours, the restaurant closed and it was time to go. We went the same way and she was giggling all the time. I looked at her wondering and she says: “That’s cute how he doesn’t know how to say it”.

Says what? Say let’s go to my place have fun? She was right, I was not attracted to her enough and it was hard for me to keep interaction not awkward.

When we arrived at her station we said goodbye to each other. She adds: “Maybe next time, when you are up to do the social experiment again” and smiled.

The next week she writes to me to save her from a dull date. She wants to meet and have a philosophic conversation because she is tortured by a low IQ date.

For sure. I excuse myself as I have some work to do in the evening and make a joke, that even low brainers can be sexy.

Her: “Interesting, that is why you didn’t ride me with a table leg right from the bat in the restaurant.”

Wow. I didn’t saw that coming.

Me: “Yes, I would, but your cactus collection prevented me from doing so”.

Her: “Hmmm, then I will make sure not to bring cactuses up or anything that might prevent you from performing”.

Damn. I was tempted to meet her but never followed up due to being busy with life and so on. Weeks later I notice she unmatched me on Tinder.

Her you go, my first experience with DTF Czech girl on tinder. Hope you liked the story. I have more experience with non-Czech girls, but the interaction was never this juicy. See you in the next post.