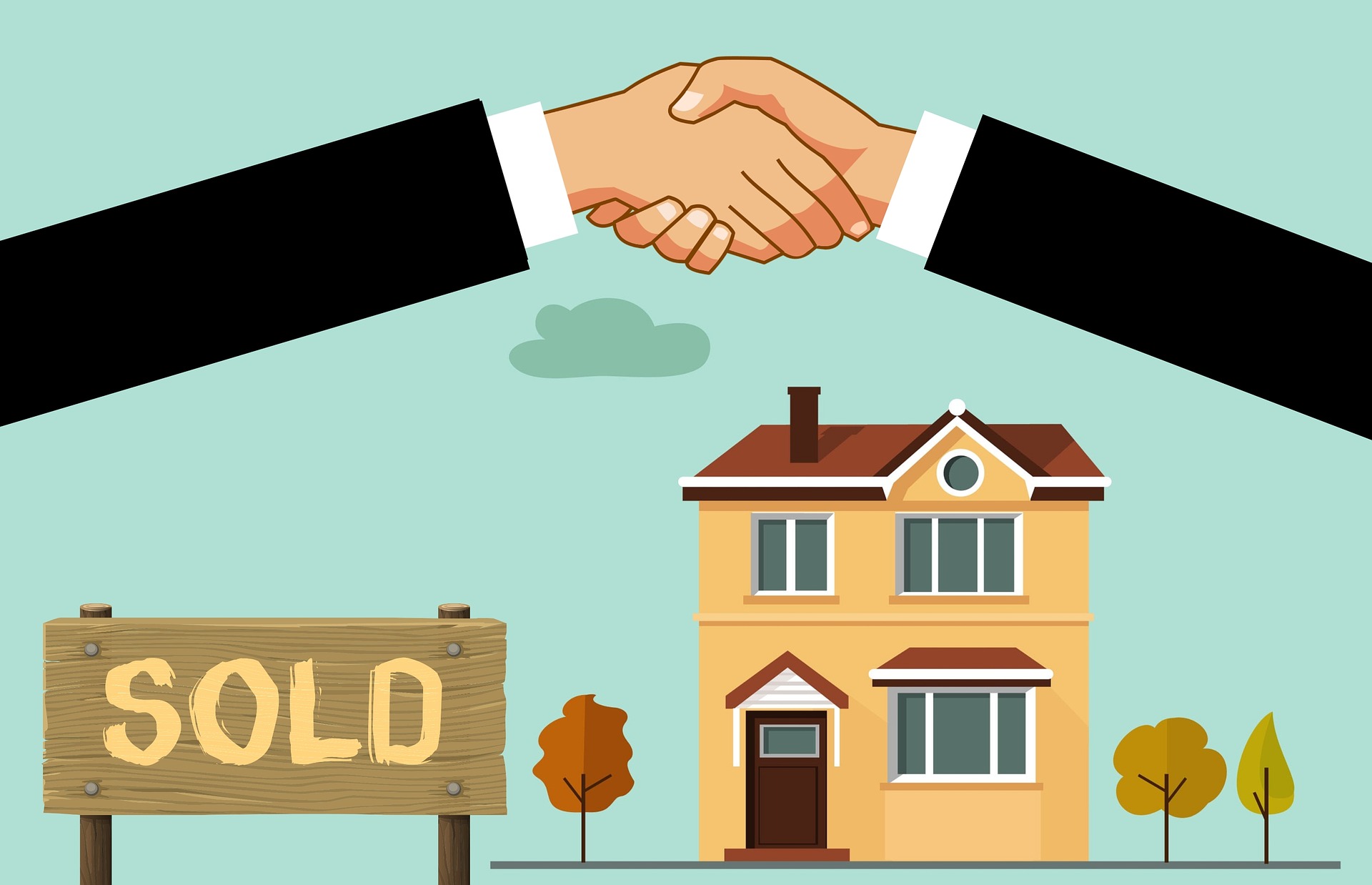 Ever since I started to watch Gram Stephan Youtube channel. I kept my eye on the idea of buying my first rental property ever.

And I almost did a week ago. I wrote almost because I pulled the plug at the last minute.

If you want to know what happened and look under the cover of the process of buying an apartment, keep reading.

I always considered buying property as chaining myself to one location, one job. And committing to never-ending long term debt.

What I didn’t understand back then was how real estates work. I didn’t even have enough money for the downpayment.

And the picture of being a wage slave. And doing the soul-sucking consulting job for years, so I can repay the mortgage, gave me nightmares.

Since then a lot has changed. Thanks to Gram Stephan and his YouTube videos about the mechanics of real estate investing, I finally understood the rules of the game.

Save for the downpayment as soon as possible

Having enough money for the downpayment helped me to feel more secure. The assurance, that paying the downpayment won’t put your lifestyle into jeopardy, is very important.

When I graduated, having saved enough for the downpayment seemed like an impossible dream. Especially when that money could be spent on more exciting goals, like traveling or getting an MBA.

Don’t was time waiting for the economic crisis

The real estate market in the Czech Republic was peaking for the past 3-4 years. Raising tens of percent year on year. There are many reasons for such incredible market growth.

First, the government does not approve enough construction permits. So the supply side is artificially suppressed, meanwhile, demand is stronger every day.

Second, Czech is flooded with Chinese and Russian Capital, which cannot be deployed in their home countries. Therefore they look for safe havens such as cheap real estates in the Czech Republic.

Third, mortgage rates are rising, but are still reasonably below 4%. Right now, I can get 30 years 10 year fixed mortgage for 2.92% p.a., if I commit to being an active client.

I might get an even lower offer if I throw in an insurance package protecting the bank from my inability to make mortgage payments.

So there is strong FOMO flowing through me every day. On one side, I risk buying on the top of the peak.

But on the other side, real estate prices never decline during the economic crisis, at least in Eastern Europe.

Watching Gran Stephan YouTube videos taught me, that I should look at real estate from a different perspective. It is a long term game and if I rent the property early on, I might reap the rewards maybe 5 to 10 years later.

Ten years sounds like an eternity. But the magic lies in the inflation, the fixed mortgage rate, and the rising property value.

If you want to know more, watch some of his YouTube videos. Or write in a comment below if you like me to write an article about it.

So it made sense for me to start looking for decent real estate investment properties in the market.

Did I tell you, that I made a SAAS for sourcing real estate properties available for sale. And valuing them by the most sophisticated financial metrics? Yeah, I did it and it costs 500USD a month to get access to my tool. It is that good.

Anyway, I found a decent two-room apartment thanks to my real estate valuation tool.

The building alone is not nice or anything. Exteriors are tagged with graffiti and front walls are torn and torn by ruthless time.

But the building was constructed in an old school way with bricks. Not prefabricated panels, that are so popular in Eastern European countries.

The address was pretty close to the subway. The price for the square meter was reasonable. So far so good.

The only red flag was subpar financial metrics. Numbers clearly showed that this property won’t be profitable. About 15% of the mortgage would have to be covered from my pocket.

What convinced me were the pictures. The interior design looked so cozy, almost as if the owner was a hipster. The kitchen line was almost new and the bathroom didn’t require any renovation.

The price was also in my reach. As they say, I fell in love with the apartment. As an investor, it is the number one rule you should never break.

I immediately called the realtor to check the availability. On the other side of the phone was a woman. Her voice was very compelling and very professional sounding.

I was probably the first buyer, who called. Because she explained, that the first opening day starts on Monday. And I can choose from many time slots available.

She told me I should see the apartment in person. And that she will show me personally because she never does group openings. That gave me confidence, that I deal with a competent real estate agent.

In reality, the apartment looked much smaller than in pictures. It is quite normal, that agencies use professional-grade photo gear. Like wide lenses, over sautéed brightness and weird angles so each room looks at its best.

All in all, it was fine for a young couple or an up and coming single with a stable corporate job. A few hours later I called her to ensure the availability and to see what are the next steps.

She assured me, that even though there are like 8 investors in line, she gives each one a fair chance to litigate. This sounded weird, but later I realized why.

It works based on first come first serve. But with deal terms, that favors real estate agency first and foremost.

And maybe after two weeks, in case I pay by cash. Or 2 months if I need financing from a bank, I will sign an agreement about the future agreement.

Now the process sounds simple, so I let her send me her proposal for the reservation agreement. And from that moment the deal went downhill.

I am not a lawyer or anything, but I can tell if deal conditions are win-win or lose-win. This case was 100% on the loose side for me.

If you didn’t know, the reservation agreement helps you to secure the deal. The real estate agency stops advertising the property. And will start preparing an agreement on the future agreement.

For almost no actual work done, you pay a reservation fee. Which translates to a real estate commission. So the agency gets paid first.

If I for whatever reason back from the deal, I will lose the reservation fee. If a seller does the same, I will get back the deposit after a certain time.

So far so good. If someone wants the property and is 1000% sure he won’t back up. Then the only risk is the gain from interest earned on the capital if it was deployed elsewhere.

The risk of the agency refusing to return the reservation fee is real, but this agency is quite big on the market. And If it went to court, I would win.

The thing about contracts is that the devil lies in the details right? What is the other risk we missed?

The second risk is the loss of reservation deposit, due to the fraudulent behavior of someone in the agency. Money is not deposited at a third-party account.

The only free option is to keep cash in a segregated company account. Of course, you can hire an attorney or keep it at a bank notary account, but I would have to pay the extra cost.

The third risk is that the agency might not have an exclusivity agreement with the seller. Because of that, the agency won’t have any leverage to make the seller sign a contract with you.

Therefore, the reservation agreement should always be three-sided between me, the seller, and the agency. That way seller is legally obligated to whatever he signed for with you.

The fourth risk is the terms when a deal falls apart. The penalty is 100% on my side if I for whatever reason prevent closing the deal in time.

The formulation is so vague it can happen, and it happens all the time, that banks won’t approve a mortgage at all. It might happen that even with a pre-approved mortgage application. The bank for whatever reason scores you as risky and the mortgage is declined.

Legally, this situation puts you into the position of someone, who prevented you from closing the deal. And then the reservation fee is gone. Not your fault.

I described most of my concerns to the agent and she was reluctant about it. Saying it is an industry-standard contract, that everyone on the market uses.

And she repeatedly pushed me to sign a reservation contract the next day afternoon. Is it a classic sales tactic or is there a legit reason to sign it?

I was not willing to accept the terms even though she tried to play it off by saying:

After a brief moment of tension, she agreed. And promised to send me a new version with a proposal for buying agreement. I won an addition of three-sided signatures in the footer.

A term excluding the penalty, If I won’t manage to secure financing from the bank recommended by the real estate agency.

Lowering a reservation fee or postponing it after a final agreement is signed was a no go. I get it, she would risk, that deal will fall apart after 2 months and it will be a waste of time for everyone. It’s true, that with paying later term, its win for me and a loss for her.

I didn’t want to push the luck too much and agreed to revise the contract and let her know later.

The buying agreement seemed OK for it being the first draft. But I again missed a lot of terms protecting me from one side’s misconduct. But there was no time to think about it yet.

Pushing my luck too far

An hour and a half before the meeting, I was stuck in the meeting at my 9-5 job and a fear of a bad contract creeped me out.

A minute later she called me on the phone and blurted out what is going on. That she arranged time with the seller and he will come at the agreed time.

That got me confused. I politely responded, that in no circumstance. I said it aloud, that I will come to sign a reservation agreement.

She then lost her temper and shouted:

“This…this…is so unprofessional…”. But she calmed herself and offered to give my number to the agency’s lawyer so he can explain to me the whole thing.

I agreed. But the lawyer never called. The next day I got an email wishing me good luck. That I can still use the agency’s financing services If I choose not to deal with the agency itself.

I replied, that I will gladly use their financing if we have a deal. She then announced that the apartment is no longer free on the market. And that she signed a reservation contract with another buyer.

That’s the end of the story of me trying to buy my first real estate investment property.