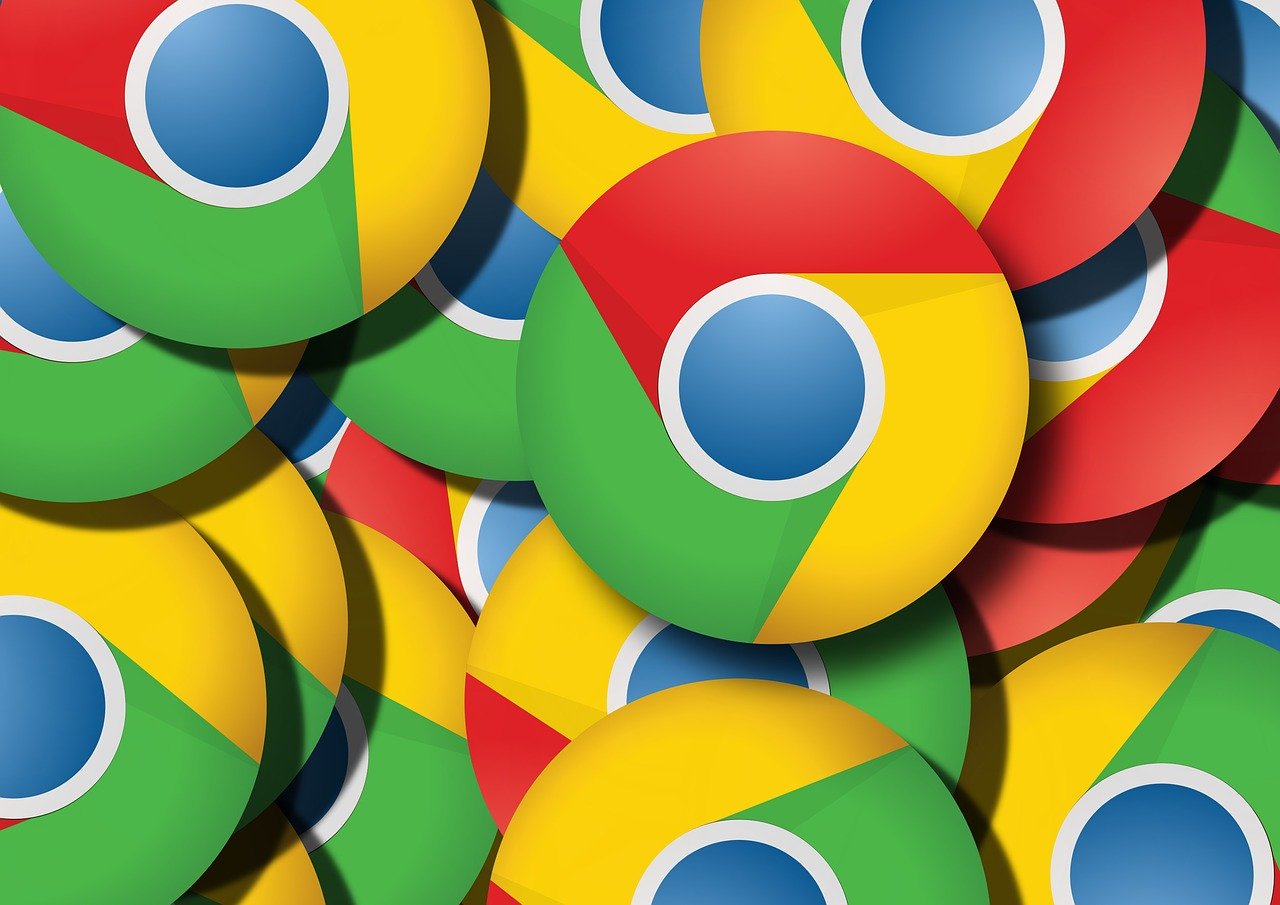 Welcome to the first post of the building a Chrome extension MVP series.

It has been more than 6 months since I created a minimum viable product as part of my learning process. The last time, I built a website with Flask and jQuery and it took me two months of working nights and weekends to ship it.

Now is the time to learn new technology, platform, or programming language. Inspired by the Keyword Everywhere Chrome extension plugin, I decided to create something similar for my use.

The pros of building a Chrome extension

There are many reasons, why building a minimum viable product in the form of a Chrome extension is an attractive option for the average full-stack indie makers.

The cons of building a Chrome extension

Because of the low entry barrier, no one ever got rich with a Chrome extension. So in most cases, Chrome extensions are just an extension of a regular web-based product. The cons are then obvious.

Since I explained my motives behind this challenge, let’s get into it.

The first step in every programming endeavor would be to build something stupid simple. Just to learn the ropes and to clear up every issue during the initial project development setup.

So, let’s create a dummy prototype, that displays pop up with an image after clicking on the extension icon. The icon you see next to the Chrome menu.

In the manifest file, fill it with the Chrome extension configuration below.

This manifest file will put an extension icon in the user’s toolbar that, when clicked, loads the contents of the file named “popup.html.”, which we will create in the next moment.

The browser action part of the code will load the icon and display it in the toolbar. And it also responds to the user, clicking on the icon, by displaying a popup.

Permissions limit the extension’s functional region. “activeTab” is the most common choice, allowing the extension to access the currently active Chrome tab.

Before going further I should explain, that the purpose of the icon is to show the user a menu, popup, tooltip, or a badge. It is a backend user interface for your Chrome extension.

Now I can load extension to Chrome.

First, I have to go to chrome://extensions in the browser. Then I have to make sure that the Developer mode checkbox in the top right-hand corner is checked.

Finally, click Load unpacked to show a dialog with a file-selection popup. Select the directory with Chrome extensions and let’s see what happens.

But all I got is an Error.

Ok, the icon does not exist yet, so let’s create the icon.png file and try to load the Chrome extension again.

Cool, it works. Now try to click on the icon and wait for the magic. 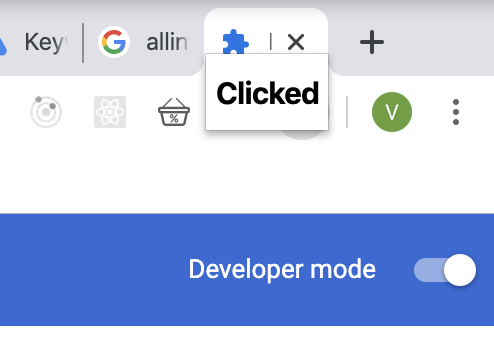 Wonderful. A Chrome extension window was displayed with an H1 element telling us we clicked on that icon.

As a next, add some logic to show a real popup. So open the “popup.html” file and do a few modifications like so.
What I am trying to do is to implement a logic, that should execute something after the user clicks on the “Click” button. To do that, add an event listener to listen for the click events on the “Click” button.
Create a popup.js file and add the following code:
Now test it out. But nothing happens. 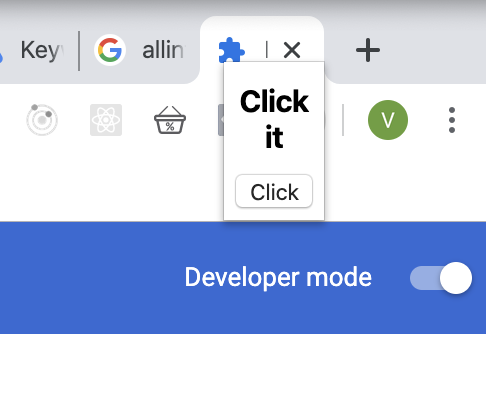 Try to open a new tab and click on the icon again. Still nothing, but now I notice a new error message. 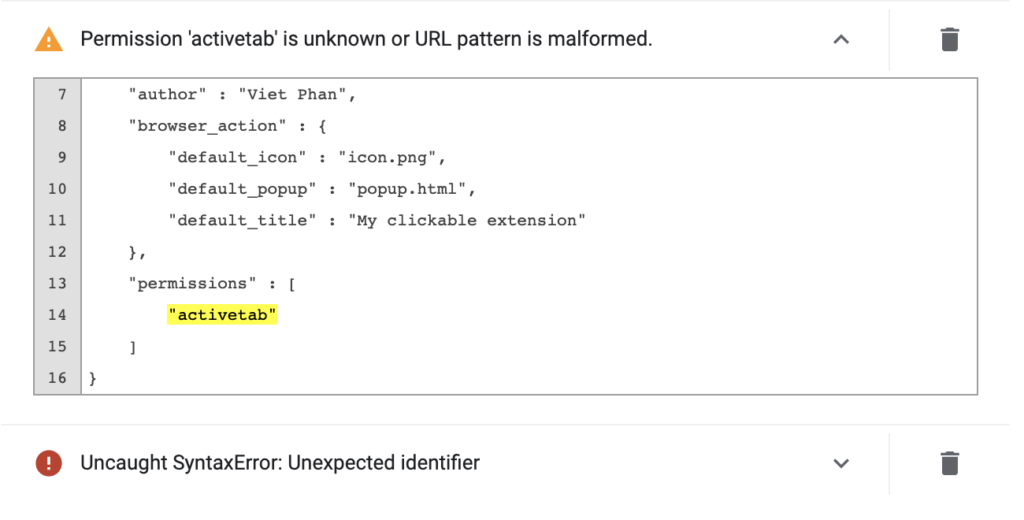 I made a typo, so fix that to activeTab and try to load extension again. It still doesn’t work, but at least I get a new error message about the unexpected identifier.

After some googling, it turns out the chrome.tabs.getSelected() method is now deprecated. I have to change the manifest permission configuration to…

And change the JS function to reflect the new method.

No luck either. The same error appears.

Google some more and try to edit the javascript script tag with a type variable.

Today, I successfully created my first Chrome extension. Although it does nothing except showing a simple popup, it is a great achievement.

I am excited about what comes next in this journey. Thanks for reading and see you in the next post.

Want to start your online biz and don't have a domain yet?

Get one on NAMECHEAP now.